Former City of San Diego Councilmember David Alvarez grew up in Council District 8 in the Barrio Logan community of San Diego, the neighborhood on the working waterfront that has a long history of environmental degradation, high asthma rates, and industrial-residential conflicts. His childhood home was next door to a chrome plating plant, and he can trace his own asthma to the constant presence of toxic emissions affecting residential areas, school playgrounds, and parks. That experience sharpened his resolve to fight for social, economic and environmental justice. David was the first in his family to graduate from high school and college. He graduated with honors from San Diego State University. After serving his full term at the City of San Diego he founded and is CEO of Causa Consulting, LLC. Causa Consulting provides Government and Public Affairs services focused on economic prosperity in binational businesses and in underserved communities. 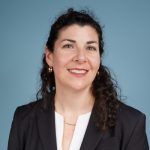 Heather is currently the FHI Foundation Relations and Strategy Advisor. She holds a BA in International Relations from James Madison College at Michigan State University and an MPIA (Masters in Pacific and International Affairs) from the School of Global Policy and Strategy at the University of California, San Diego. Ms. Lane Chauny has more than 15 years of combined experience in philanthropy and private foundations on both grantmaking and grant-seeking. She has worked throughout Africa and Latin America on issues pertaining to global health and sustainable economic development. She has also served with the U.S. Peace Corps in Durban, South Africa. In Costa Rica she worked on ocean conservation issues, later working for the Ocean Foundation non-profit in Washington D.C. She has lived, worked or studied in more than ten countries and speaks fluent Spanish and Portuguese. 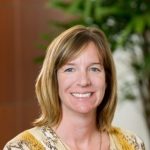 Julie Yunker graduated with an MBA from San Diego State University. She is an energy and sustainability professional with over seventeen years of experience in program management, project development, strategic planning, communications, and public affairs for the clean energy sector.  Julie currently works at Hawaii Gas as a Sr. Project Developer and prior to that served as the State of Hawaii’s Strategy Officer. Julie worked in several roles at San Diego Gas & Electric supporting renewable energy and sustainable initiatives within the company and in the community. She served on the City of San Diego Sustainable Energy Advisory Board, the Equinox Foundation Boards, and the Hawaii US Green Building Council. 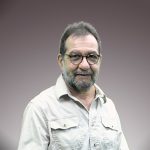 Dr. Alberto Abreu-Grobois earned a BSc and a PhD from Swansea University in Wales, UK. He is a sea turtle researcher and a professor at the Autonomous University of Mexico in Mazatlan. Dr. Abreu-Grobois studies focus on population differentiation among olive ridley populations in the Eastern Pacific and the effects of temperature on fitness, phenotype, and genetic responses in sea turtle embryos. He has worked with the Mexican government and mentored many students of all academic levels from all over the world. 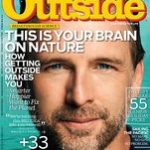 “J” holds a Ph.D. in Wildlife and Fisheries Sciences and Evolutionary Biology from the University of Arizona, a Master’s degree in Natural Resource Economics and Policy from the Duke University Nicholas School of the Environment, and a Bachelor’s degree in Biology and Spanish from DePauw University. Since 1989, J has devoted himself to the investigation and conservation of endangered marine species. J’s research and interest in nature have taken him from South America to the Arctic Circle to conduct and observe biological conservation projects. Among many other accomplishments, J co-founded the Grupo Tortuguero in 1998 and WiLDCOAST in 1999.  He was president of the International Sea Turtle Society in 2009 and recently published Blue Mind, a book about the nueroscientific benefits of open water on humans. 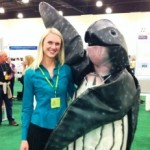 Beth interned for The Science Exchange in 2012 in San Diego, earned her Ph.D  at Florida International University, and is currently a field Supervisor for Science Exchange interns in the Caribbean. She studies the top-down and bottom-up factors that may affect green turtle (Chelonia mydas) distributions through surveys of habitat, food availability, and predators using unmanned aerial videos (UAVs), in-water assessments and Baited Remote Underwater Videos (BRUVs). 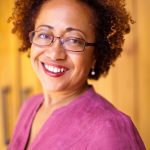 Janedra is a partner at Arboreta Group, LLC a consulting firm serving nonprofits, government and small businesses. In addition to government and for-profit positions, her professional experience includes over 15 years of experience in the nonprofit sector:  administration, grant/contract lifecycle management, program design and implementation.  Her positions have ranged from front line staff to primary grant writer to executive director. She received a MA in Nonprofit Leadership from the University of San Diego in 2005. She is learning Spanish by living south of the border. 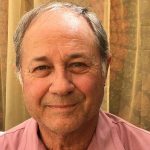 Randy is a San Diego State University alum with a B.A. in geography and recreation management. He has made a career as a Park Ranger for the County and the City of San Diego. His non-profit experience includes serving on the board of the San Dieguito Natural History Association, the Southwest Wetlands Interpretive Association, and Wildcoast. Randy has a passion for education and traveling. He and his Susan are retired and enjoy their second home in Baja California. 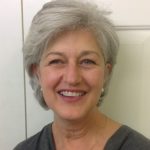 Laurie earned her degree in Social Anthropology from the National School of Anthropology and History in Mexico City. Laurie was founder and Director of Proyecto Fronterizo de Educación Ambiental (PFEA) in Tijuana from 1991 until 2007, and since then has chaired the Board of Directors of this organization. From 2007 to 2011 she was Director of Fundacion La Puerta in Tecate, Baja California where she helped build an artificial wetland along the Tecate River, create an environmental education program for elementary school children focused on the chaparral ecosystem and foster urban gardening and organic and solid waste management projects. Laurie is also a board member of E-Tech International and chairs the San Diego Tijuana Border Initiative. 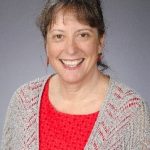 For more than 30 years, Linda Giannelli Pratt has successfully built a professional career focused on community-based environmental protection. Her experience is broad, and includes positions as a laboratory analyst, regulatory compliance specialist, consultant, UCSD adjunct professor, and director of regional environmental programs. Ms. Giannelli Pratt was the Managing Director of Green Cities California, a network of leaders in local government who learn, share and advance more sustainable policies and practices. She is on the board of Stay Cool for Grandkids non-profit.